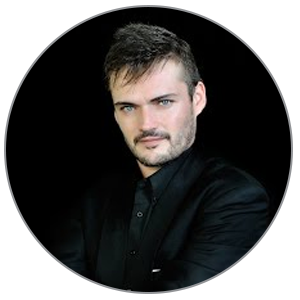 José Manuel was trained in Europe and the United States, was a member of the Honors Division at his University (Indiana University), has won Prizes at several International Competitions such as the Mozart 250th Anniversary Prize in 2006, and has debuted at concert halls such as the “Chopin” in Warsaw, Mesikverain in Vienna, Auer Hall and Ford-Crawford Hall (USA). He currently resides in Spain.

Collaborating with the most distinguished Spanish orchestras, the ONE (National Spanish Orchestra), and the Concertino through an audition with the “Bética” Philharmonic and Chamber Orchestra, founded by Manuel de Falla in 1924, José Manuel has recorded for RNE, TCM, Indiana University Jacobs School of Music, as well as several different private productions for theaters and other professional projects.

José Manuel has shared the stage with figures such as Leonard Slatkin, Roberto Abbado, James Campbell, the Beaux Arts Trio, Jaime Laredo, Rafael Frubeck of Burgos, Felix Ayo, and Joshua Bell, as well as having received Master classes from many of them for musical direction and performance.

His instruments are a Josephum Contreras and a Januarius Vinaccia, both from the 18th century. Among his most recent and groundbreaking projects is the creation of the *artYmus* concept, as well as his growth as a director of orchestra and choir by way of a great number of social and participatory projects.

Today, he also works as an assistant to the maestro Michael Thomas with the direction of different musical and education projects, among them the San Francisco de Paula SINFONIETTA in Seville